Click For Delivery Info   |   Easy 30 Day Return   |   General FAQ
Description
Femidom is a lubricated condom for women. It is an effective method of contraception which protects against both pregnancy and sexually transmitted diseases.

The original FC female condom has been studied in settings around the world. The World Health Organization, WHO, and the Joint United Nations Programme on HIV and AIDS, UNAIDS, encourage the introduction of FC as a method of prevention and as an additional tool in efforts to respond to the needs of women and men regarding sexual and reproductive health. In their monograph The Female Condom, An Information Pack 1997, they concluded that

The public health rationale for introducing a method that provides protection against pregnancy and STI and HIV is clear. Globally, health and human rights advocates have been demanding that scientists develop fertility regulation methods that are safe and reversible, under the control of the user, not systemic in action, which protect the user against STIs and HIV, and do not need to be provided by a health service. The female condom comes closer to these requirements than any other family planning method.


What Are FC Female Condoms

FC female condoms are strong, soft, transparent sheaths that are 17 centimetres long,
about 6.5 inches, the same as a male condom, with a flexible ring at each end.

FC female condoms are inserted into the vagina prior to sexual intercourse and provide protection against both pregnancy and STIs, including HIV and AIDS. The inner right at the closed end of the condom aids in insertion and secures the device in place during intercourse, while the softer ring remains outside the vagina.
Packaging & Delivery 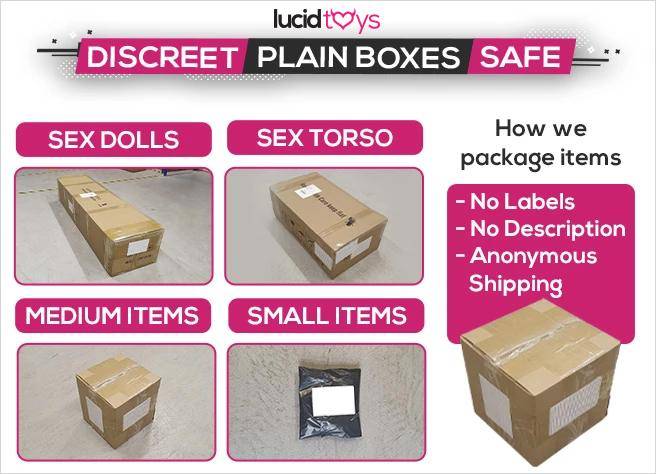 We dispatch all orders before 2pm each working day to ensure you receive your items fast. We know that, when you order a toy, your first concern is the delivery and the way your goods are packaged.

You will automatically receive a confirmation email about the delivery once dispatch with a tracking number. You can click on the tracking number in your order account or email to see the progress of your package.

Please note that while nearly 95% of our UK packages do arrive the next day once dispatched, it may take an extra day to arrive due to courier services having busy periods or backlogs. If you package takes more then 2 days, then please contract us for us to investigate for you.

Every shipment is checked carefully and each item is packed as compact as possible, to ensure the best protection of your order. Also, we pack using only top quality mailing materials and we send our goods discreetly packaged. That means no company names, logos or product titles. Our items come in plain bags or boxes. All the dolls and larger orders are being dispatched in boxes. However, we can pack any item in boxes as long as you select the Next Day Delivery option and leave us a comment on the order, stating you'd like to receive the item packed in a box.

Once we process and dispatch your order, you will receive an email to inform you about the status of your purchase. Usually, our goods should arrive at the destination the next day after they’ve been dispatched.

We allow collections at our warehouse. Simply select collection at the checkout when selecting a delivery option.

You can collect Tuesday to Friday from 10am - 5pm (Except holidays). We require at least a 3 hour notice period to have your order ready.

Please confirm your collection date and time by email or telephone. Please wait for the confirmation, before you come to collect your order and have a form of ID to confirm your order.

If you would like to schedule a visit to view a sex doll, then please click here.

Home Page
Contact Us Page
Brand Pages
More Videos
Why Buy From Us? 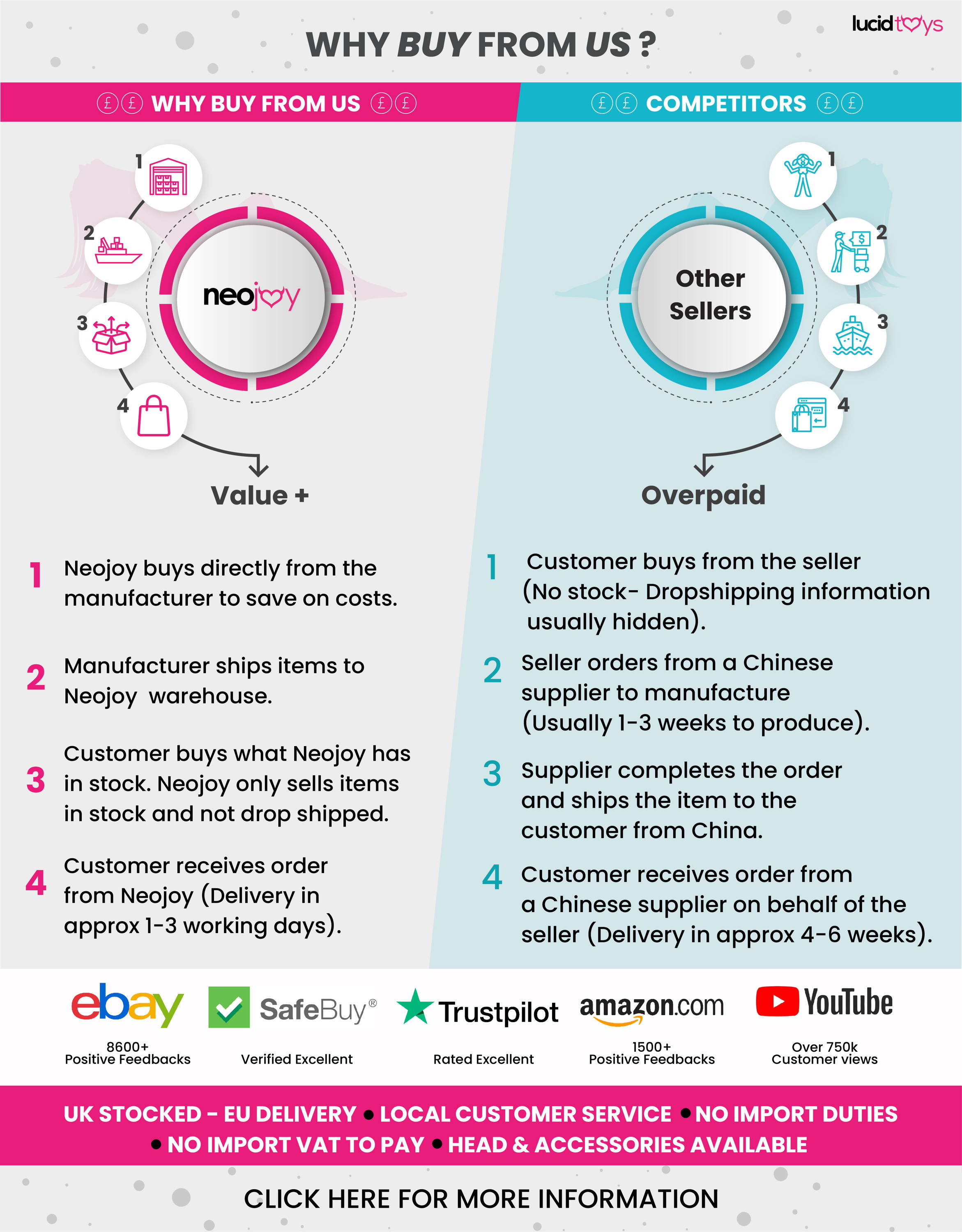